A land full of historical heritage to explore with multiple silent medieval remains.

Neoclassical building which preserves most of the Romanesque church »

Formed by old parishes, villages, country houses, towers and ancient monasteries with many centuries of history in its stones, the term of La Baronia de Rialb formerly differed in two parts: the Rialb Jussà, which included the low and oriental lands, with the religious hamlet of La Torre, Politg, Sant Girvés, La Serra and l’Oliva. And the Rialb Sobirà, which covered the remote and higher lands of the Segre.

Just at the end of the Perimetral road and under the bridge that leads towards La Torre of Rialb and Politg, we find the Dolmen Area, formed by the Sols de Riu Dolmen, the chapel of Sta. Eulalia of Pomanyons and water cisterns from the old defensive tower of Pomanyons. All these elements taken during the construction of the Rialb reservoir, once they were on the right bank of the Segre, at Sols de Riu.

The dolmen also known as the Three Pillars Dolmen is a funeral construction belonging to the Eneolithic period or the beginning of the metal era. Is a typical megalith made of large vertical stones with the height of 1.70 to 1.85 meters and a cover rock about three meters long with a width of 1.74 meters; the entrance to the memorial is on the north side and is half covered by a slab, where you can see a picture graffito. The inhabitants of the caves and huts of shepherds were the builders of dolmens, which are a testimony of worship and veneration of the dead.

The materials that had been found are typical of a Chalcolithic grave and deposited in the Diocesan Museum of Solsona. Among them stands out a polished stone axe and a flint arrowhead, fragments of undecorated ceramic vessels and human remains corresponding to two individuals…

Ponts and Gualter were occupied by Count Wilfred the Hairy before the 890 and yielded to the monastery of Ripoll to set a Benedictine priory. The old church would not be suitable for worship or liturgy proper to a Benedictine monastery. Around 1118, with the establishment of a brotherhood of clergy and laity to carry out the works, the original church was renewed for another existing, completed and consecrated in 1207.

The monastery was a small priory depending on Ripoll and was continually supported by the counts of Urgell who helped to gather a good heritage. But in 1593 Pope Clement VIII abolished the hermitage and the building became a parochial church. The monastic complex then entered into a state of gradual abandonment.

Is an architectural complex consisting of a monastic church with a basilica floor plan where you can appreciate the greatness and beauty of the Romanesque structure, with a monastic cloister. In 1939 due to the explosion of a powder keg that was inside the church during the Civil War, the place was destroyed.

The partial refurbishment of the church of the monastery has been recently carried out and as a result of this latest intervention, it has been rebuilt the lower part of the west facade and reinforced the transversal arches. It has been built a corridor of concrete with metal railings that facilitate the visit and viewing height of the different perspectives of the structure. From the original romanesque cloister it only remains the south gallery, is a twelfth century structure covered with wood and with round arches, supported by a short columns topped by capitals carved with vegetable motifs.

Guided Tours:
Individuals and groups
Saturdays and Sundays 11:00h and 12:30h
By reservation every day of the week

Friends and protectors of the Monastery and the Romanesque of La Baronia de Rialb
973 460 234
www.monestirdegualter.cat 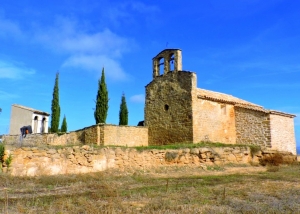 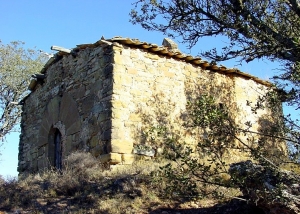 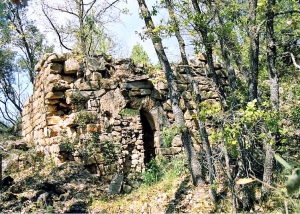 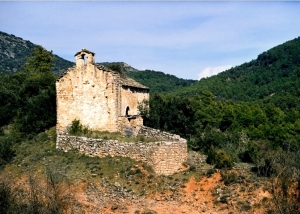 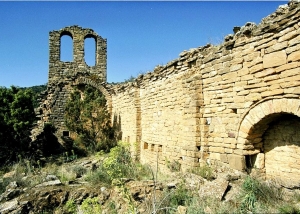 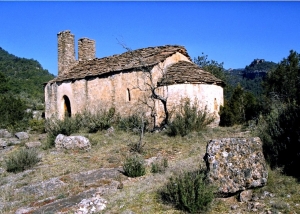 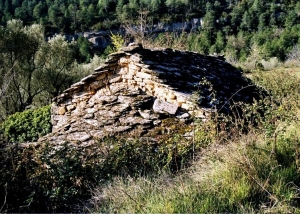 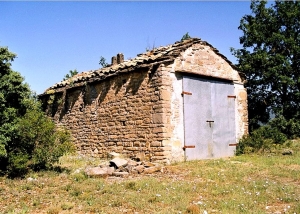 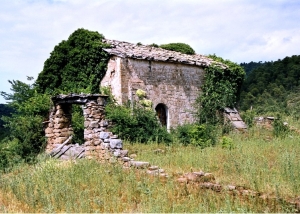 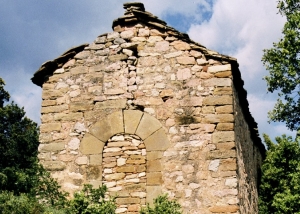 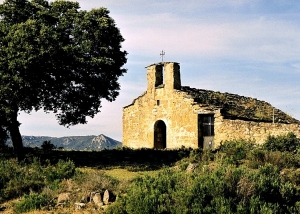 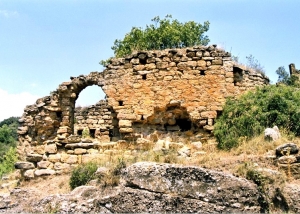 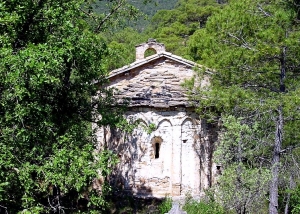 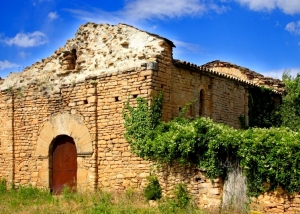 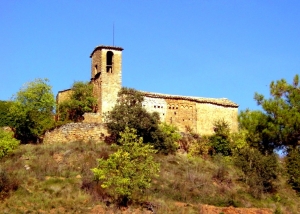 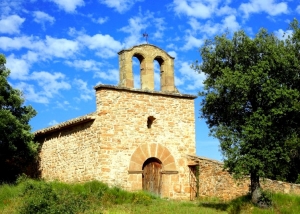 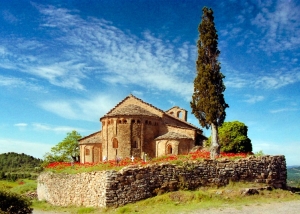 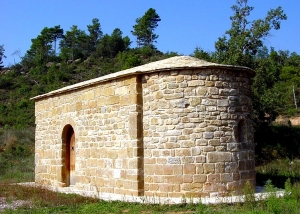 Originally, the altarpiece of Sant Iscle and Santa Victoria was placed on the altar of the old parish church of La Torre de Rialb. The progressive pillaging heritage that have suffered these isolated and vulnerable villages, due to theft that was about to commit with this altarpiece, encouraged the residents of the region to move it to the church of St. Josep in Politg, where it remained disassembled for years.

The altarpiece can be placed within a group of unknown works of authorship, derived from the Lleida School that started from the workshop of Bartomeu de Robio, during the second half of the fourteenth century. The process of cleaning and restoration was carried out during 2007 and 2008 using the criterion of minimum intervention in a archaeological type system.

From the formal perspective, is a polychromatic sculptural ensemble in the form of leaflet. The type carving on the pattern is three-dimensional and the pictorial technique is possibly egg tempera, with large areas covered with gold foil over a red or ochre base. Is divided into six scenic registers and a lower predella carved in high relief. Its theme is hagiographic, with scenes of the life and passion of St. Iscle and Santa Victoria, supposed Cordovan martyrs of the fourth century. The narrative cycle is inspired by the passion of Santa Cristina de Bolsena, gathered in the Golden Legend of Jacques de Voragine, but the iconographic proposal is found in Greco-Egyptian paintings of the first century and in Roman and early Christian reliefs. The old parish church of Sant Esteve is in the small and abandoned hamlet of Pallerols de Rialb next to Peramola and Gavarra terms. Reached from Gualter by the road that goes to Politg. Is a neoclassical building that still retains much of the Romanesque church.

The current building corresponds mainly to the profound renewal that took place in 1793. In the present state of the building we cannot move forward in the hypothesis of the original structure, but we cannot exclude that at the beginning the church had a unique nave and extended lately. The construction style of high-medieval is very uniform; despite the lack of ornamentation, is evident the Lombard architecture of the fullness of the eleventh century.